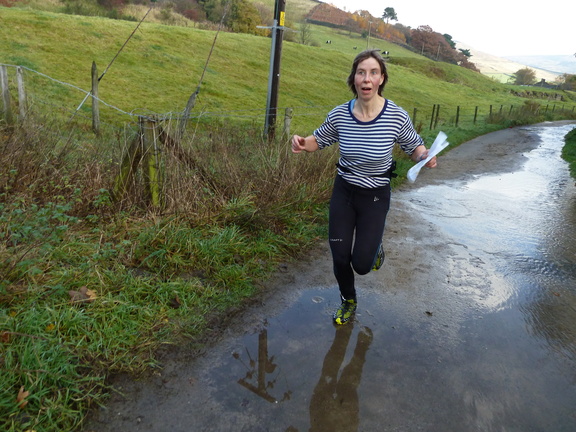 The 55th Trial (held at Hartsop Hall, Patterdale) was a cracker. Good weather for running (warm with a fresh wind and some low cloud on the tops in the afternoon). The courses were tough but offered good route choices and a lot of climbing!

Jim Davies of Borrowdale won the mens race in 4hrs 12mins, Dark Peak runners put in some great performances with John Hunt in 4th and 7 of us inside the top 35. We were also 2nd team narrowly losing out to Borrowdale.

Well done to all.

Richard Askwith, author of \'Feet in the Clouds\', presented the prizes (after completing the short race) and the tradition of a free pint for competitors was revived this year courtesy of Jennings Brewery.

I\'ve put the results and prize winners on to the Trial website. I\'m hopeful that in the next week the winners routes will also be available.

Finally, entries were up 40% this year and we reached our limit a week before the closing date. If are thinking of competing next year (and you really should do - this is a race ALL fell runners should attempt, including our chairman although tight fitting leopard skin lycra is banned!!) then make sure you get your entry in early. Entries open June next year............