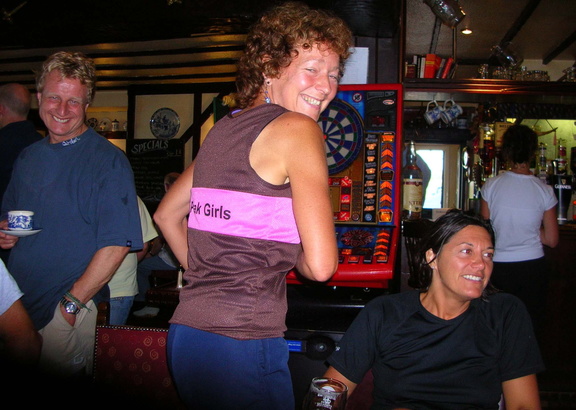 The first running of the Tour de Bradfield Moors attracted 19 runners to the men’s race and 6 to the women’s. Majka Kunicka won her race in an impressive 1:19:44, which would have placed her well up in the men’s race.

Tom Brunt waited until the weather broke on Monday to run and win the men’s race in 1:08:36. Long time leader Tim Rutter was second with Jack Foxall, the improving Paul Walwyn and Pez Holda not far behind. Further down the field Paul Sanderson’s time stands out as a welcome return to form.

The race was originally planned to be run anti-clockwise, but in a moment of weakness I allowed a late rule change so that runners could run in either direction. Clockwise proved to be both more popular and a good deal quicker. If we run this again next year, I’ll be tempted to make running anti-clockwise compulsory so that everyone gets to experience the pleasures of trying to run up through the heather on Wet Slack Ridge.